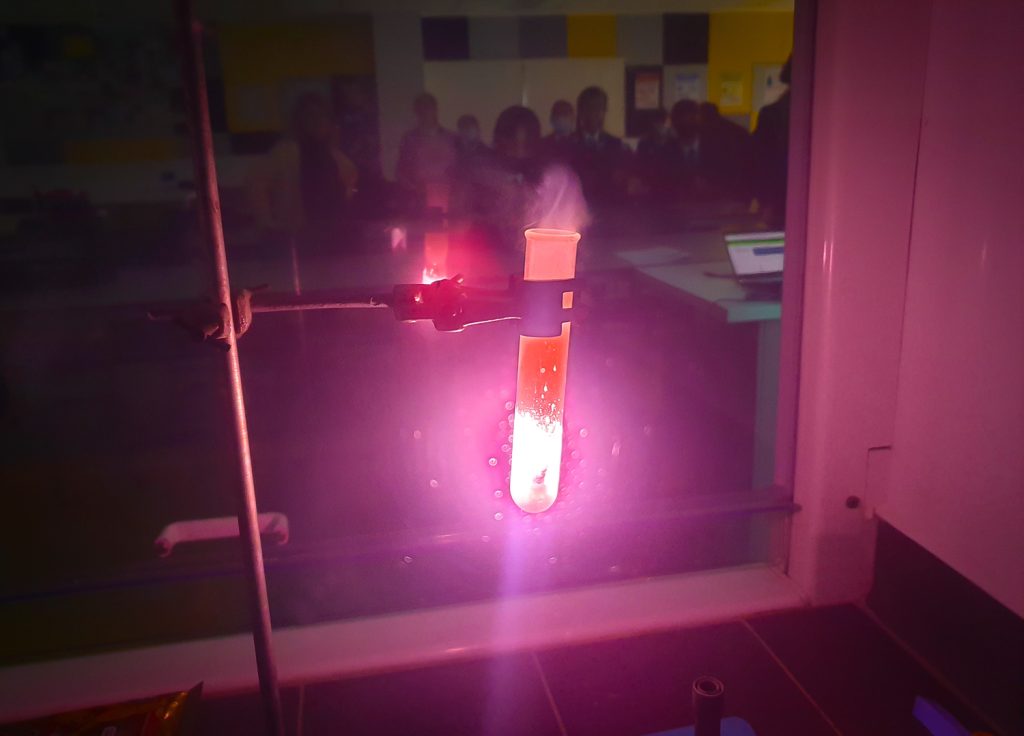 The theme for National Science week this year was “Destination Moon”.  The science building was transformed into a three story exhibit of the solar system and moon landing that would make the Melbourne Museum proud.  The week was buzzing with visiting Scientists, special guests, curious students, and guided experiments from our passionate science staff.

“Monday kicked off Science Week – and after witnessing the bottle rocket’s practice runs being a little too successful (rockets flew way too high!) – we transferred into the chemistry lab to watch some entertaining and mesmerising experiments, including Gummy Bears melt down and the amazing properties of sodium. Lily

Tuesday  “have you got what it takes to be an astronaut? Students participated in an interactive session of mental and physical challenges that are actually used by NASA to select astronauts. Activities included memorizing random numbers and repeating them in increasing order (memory processing in space is crucial as physically recording information may not be possible) and putting together a jigsaw puzzle while wearing thick gloves (repairing satellites, handling small objects – spanners and screw drivers – in space requires wearing gloves).

On Wednesday, The egg drop.  The aim was to drop an egg from the second level of the external stairs (Whyte Building) without breaking it. The most successful groups launch was a ’parachute’ that helped their eggs float safely to the ground.

Two scientists from the Florey Institute (of NeuroScience and Mental Health) located in the University of Melbourne precinct, visited Academy and spoke to a VCE Biology class about their individual career paths that led them to Scientific research at the Florey. The depth and veracity of their scientific research around NeuroScience to better understand and aid mental health, was awe-inspiring for both students and teachers.

Congratulations to all the students who embraced the Science week activities and discoveries. Special acknowledgement to our amazing Science Week Team: Science staff, students; Lily (reporter) and Ivan (photographer) and our brilliant Ms Jessica Dowton.