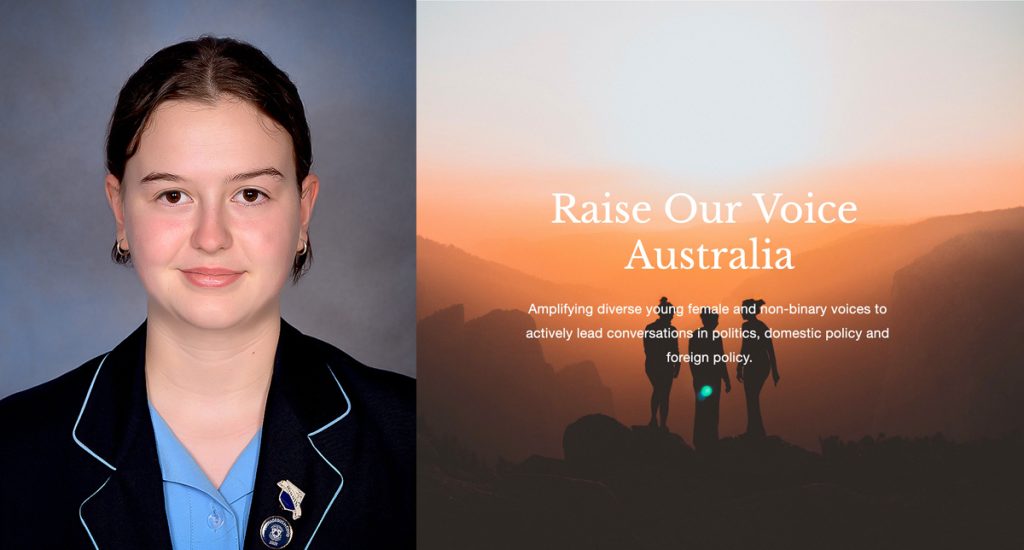 Congratulations to Liv Dinnen, Year 9, who recently had a speech read out in the House of Representatives as part of the Raise Our Voice Australia initiative.

Through Raise Our Voice Australia, more than 70 federal members of parliament from across Australia have committed to reading out 90-second speeches, during a sitting of parliament, written by young people from around Australia.

On Wednesday 9 November 2022, Member for Fraser Dr Daniel Mulino read out Liv’s speech on her behalf, in which she’d answered the prompt: What do you want to see from Australia’s new parliament?

The Raise Our Voice Australia initiative has been widely promoted by the Academy of Mary Immaculate’s Humanities Department because it provides students with a valuable opportunity to exercise their civic duties, practice argument and debate skills, and participate in the democratic process.