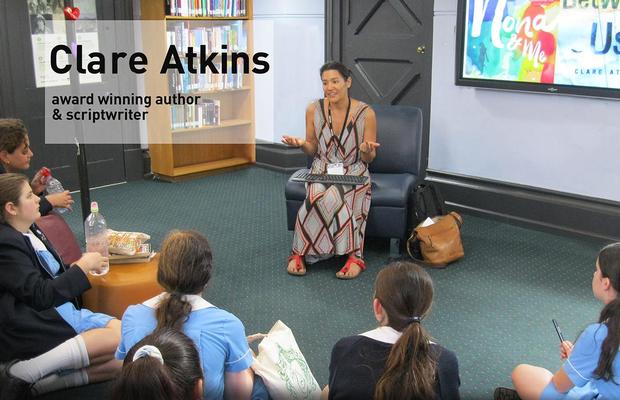 The Academy recently welcomed author, Clare Atkins, to the College where she talked with students relating how she weaves real-life stories into fictional works.

Clare wrote her first book whilst living in Arnhem Land. Nona & Me won the 2016 Book of the Year in the NT Literary Awards and was an Honour Book in the 2015 Children’s Book Council of Australia (CBCA) Awards. She has worked as a scriptwriter on many successful television series including All Saints, Home and Away, Winners & Losers and Wonderland.

From 2003-2006 Clare volunteered with an organisation called ALIV, running recreation activities for children in Villawood Detention Centre in Sydney. Whilst in Darwin (2015-2017) she’s volunteered with DASSAN visiting detainees in Wickham Point Detention centre.

Clare is passionate about multicultural representation
and stories in Australian literature, television,
film and media.

‘We are an incredibly multicultural society – why don’t all our creative works reflect that?’

Clare was born in Sydney and has lived in many places, including Spain. She now resides in Darwin.